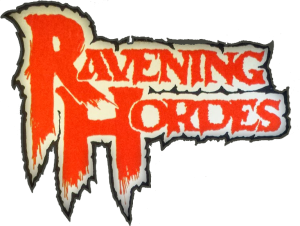 Hear thee!!! Hear thee!!! I have come to announce the 2016 GGRHABC. The 2016 Golden Goblin Ravening Hordes Army Building Challenge!
Who is brave enough? Who dares to step up and take on the challenge? Who will tame the horde?
Will you succeed and claim honor? Or will you falter and endure some friendly mockery?

What?:
An Oldhammer Fantasy army building challenge. We challenge you to build, paint and play your army in just under a year.

How?:
We have deviced a set of achievements to help you reach your goal. Every box ticked on the achievement list is a step closer to eternal glory!

Where?
Anywhere you dare to show up with your army. You can build, paint wherever you prefer. However some of the achievements require you to stop by our clubhouse on a clubnight. Please see the list of achievements below and keep an eye on our calendar for related events.