In the blackened sky of sublevel Beta 42, the ruins where lit up by the dying fire of several transport ships laying in wreckage spread out over the furnaces and habblocks. A mother and her child are running towards shelter, while others race for the wreckage. They are hoping for some supplies, much needed nutrition’s, clothing and, hopefully some ammo and armour. 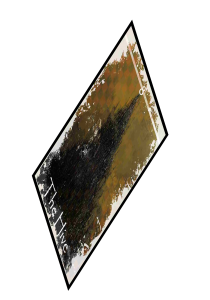 Old disbanded gangs and astra militarum alike battle for the spoils of war. One of them blinded by the promise of treasure runs over an old lady trying to keep up with her daughter and grandchild, leaving these wretched levels of war behind. The spire she whispers; a beacon of hope for the pylgrims from afar; but despair for who is under its deep shadow

When?: We will play this scenario on our club night 20/07